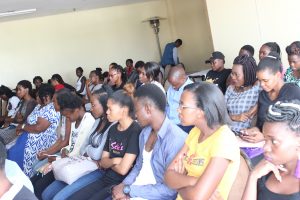 Political parties present in the Social Market were Alliance for the People’s Agenda (APA), Movement for Democratic Change (MDC Alliance), Mthwakazi Republic Party (MRP) and Zimbabwe African People’s Union (ZAPU). Sarudzai Nyandoro who contested in the Bulawayo ward 5 council elections was also present to share her experiences with young women on running as an independent candidate.

Young women appreciated that they were given a platform to discuss politics and how they can participate in solving the challenges in the country. They said traditionally, political discussions were a preserve of not only adults but men and that they feel empowered being able to engage with political parties.

“As young women, we have for a long time been sidelined from political discussions. Politics has been a topic for adults, especially our fathers. After discussing with representatives of different political parties, I feel empowered and confident to engage in political discussions with my peers and community leaders,” said Belinda Phiri (23), a young woman from Ward 23 in Bulawayo.

Some of the highlights of the social market included the demand by young women for political parties to develop alternative policies and present to government in order to help provide solutions to the problems bedeviling the country. They also demanded that political parties should be visible and proactive throughout the entire electoral cycle and not only appear just before elections.

Young women said they would like to see parliament extending the quota system beyond 2023 and more youths, particularly females represented in parliament. 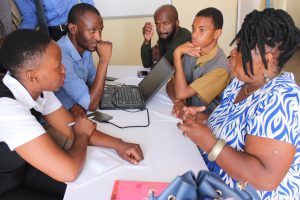 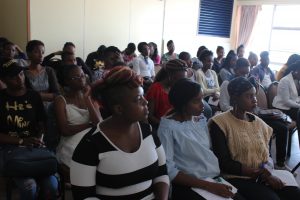