Today, Women’s Institute for Leadership Development (WILD), Victory Siyanqoba, National Art Gallery of Zimbabwe and Intwasa conducted a Laundry Cafe and a Public Interactive Art Session with women in Cowdray Park, so as to afford women a safe space to discuss the ills of rape and Gender -Based Violence (GBV).

Women also utilized the platform to share their various encounters with Gender – Based Violence (GBV), either in the home or the community at large. 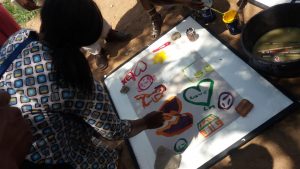 Some women stated that culture and tradition make it near impossible for women to report their spouses whenever they abuse them due to a number of reasons. Women prefer being silent about sexual violence because of the shame that is associated with the matter at hand.

Families in some instances impede women from taking matters to relevant authorities. 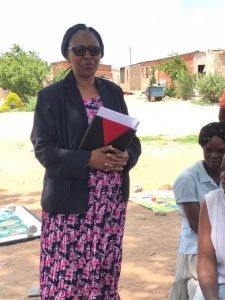 Representatives from the Bulawayo City Council (BCC) graced the occasion, where they presented on the importance of conserving water at a time when there is erratic water supply around the City.

The laundry café’ and the Public Interactive Art Session are a way of encouraging women to express themselves on abuse and rape.