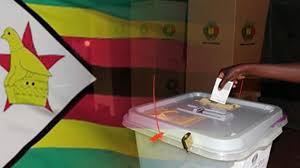 The Zimbabwe Electoral Commission has started the process of removing names of deceased voters from the voters’ roll as part of electoral activities towards 2023 elections.

In the past, politicians have argued that deceased voters were used to inflate figures which they said was unconstitutional and proof that ZEC manipulated the whole voting process.

“In compliance with legislative provisions, the Commission will this month Gazette the first batch of Deceased voters who have been removed from the Voters Roll. These names are received from the Registrar General (RG) and are composed of people who would have been issued with death certificates as is required by the law,” said ZEC in a statement.

Pumula legislator Sichelesile Mahlangu said members of the public should complement ZEC’s efforts by forwarding names of deceased relatives to the electoral body.
She said in addition to deregistering the deceased, ZEC should also be transparent in all its activities which is part of its obligations.

“In the past we have had dead people making it into the voter’s roll under unclear circumstances which made people doubt the free and fairness of elections. We applaud ZEC for the step and urge members of the public to take an active part and forward all names of f deceased relatives so that the whole process is thorough,” said Mahlangu.

“Candidates also deserve to have a look at the voter’s roll out cross check if indeed all deceased people are removed so that we root out all possible manipulation of statistics by ZEC. Now that we all heading to 2023, ZEC must be transparent, we cannot have surprise announcements on its activities and we deserve clarity on when t by-elections will be held and the issues around voter registration.”

Nkayi West legislator Stars Mathe said the move by ZEC was essential in boosting people’s confidence in the electoral system.

She said deregistering the deceased will be a step closer to democracy as there had been claims that in the past ZEC has manipulated the voter’s roll.

“I think is a step  in the right direction, ZEC should ensure that no one who is dead appears in the voters roll as that often leads to confusion. We need people to be confident in our system so that they rally behind and support ZEC in all its activities knowing that our statistics are a true reflection of what is on the ground.”

“We are also struggling to motivate people to go and register to vote so this step will help them realise that indeed the process is authentic. Now that ZEC is doing something, we urge members of the public to do their part and register as they cannot expect to benefit in numbers when only a few are registered as voters,” said Mathe.

Mathe highlighted that the delimitation exercise is important and citizens cannot afford to lose constituencies because people are reluctant to register as voters.