At least 40 young women yesterday attended a Tea Talk where they discussed the importance of going to vote. The Tea Talk discussion was led by Bathabile Dhlamini, a media practitioner.

During the meeting, young women said Council and National Assembly candidates are not engaging with youths and they continue to emphasize on how they will construct vocational centers which they (young women) have not advocated for.

They suggested that candidates should also prioritise the use of social media to engage with youths who predominantly occupy the online space.

Discussions during the meeting provoked questions on what young people are doing to demystify the myth of election rigging especially in the context of Zimbabwe. It was also a major discussion that rebuilding Zimbabwe is every citizen’s role.

Youths were also concerned that they have been receiving texts messages which are allegedly signed off by President Emmerson Mnangagwa, soliciting for each one of their votes on election day. Their concern hinged on that their private information was broadcast on the voters’ roll which they had not been told would be distributed. 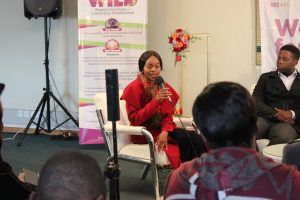