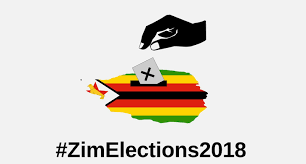 Chapter 14, Section 264 of the Constitution of Zimbabwe, provides for devolution of governmental powers and responsibilities in order to promote democracy, effectiveness, transparency, accountability and a coherent government. According to the Chronicle (26 June 2018), the President of Zimbabwe Emmerson Mnangagwa advocated for the implementation of devolution of power in a rally that was held in Matabeleland South Province, Gwanda.

Mnangagwa also mentioned that it is high time for ministers to identify natural resources in their respective provinces and be able to utilise them to the fullest so that they contribute to the increase of the Gross Domestic Product (GDP). The GDP is an indicator used to gauge the health of a country’s economy. It measures the total value of goods and services produced within a country.

Rainbow Coalition party led by a female candidate Dr Joice Mujuru, has also put emphasis on the implementation of devolution of power. This is seen in the Newsday where the Vice President Samuel Sipepa Nkomo says, “People must be able to handle their own resources, not to have someone from Mashonaland to handle and distribute the resources of people who are in Matabeleland.”

The above statements show that implementation of devolution of power should be at the core of development so that local communities benefit directly from their resources.

Over the years, Zimbabwean elections have been associated with violence and this has left many citizens in fear of history repeating itself. The MDC- Alliance spokesperson Welshman Ncube has called for unity among alliance partners following disputes within the MDC-Alliance over parliamentary and council seats. Ncube mentioned that unity within the alliance is very critical in order to dislodge the ruling party (Newsday 26 June 2018).

According to Chronicle (27 June 2018), all 23 presidential candidates contesting in this year’s elections have signed the peace pledge, promising to campaign peacefully without indulging in any violent acts. The signing of the peace pledge is a way of bringing hope of free and fair elections.

Women in Zimbabwe have been lagging behind in terms of participation in politics. However, a few female candidates are hoping for a political breakthrough in the upcoming elections, though the political environment is male dominated. The Standard published from 24 to 30 June 2018 stated that, Dr Joice Mujuru and Dr Thokozani Khuphe have managed to stand up against men and participate in politics despite all the intimidation that they get from their male counterparts.

In Bulawayo a total of 193 male candidates registered their interest to the nomination court, to secure council seats against a total of 96 female candidates. Participation of women as candidates is represented in the table below:

*The information below was extracted from Chronicle 26 June 2018