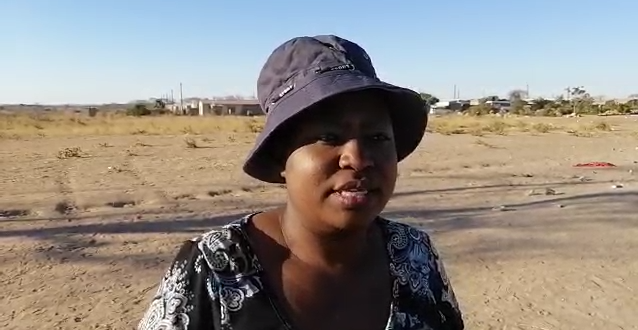 Sandra Ndlovu (34) resides in the Cowdray Park “new stands” area which is closely located to Esigodweni. She too suffers from effects of the ongoing water crisis that has befallen the City of Bulawayo. Her life by the day is bitter as the state of water has forced her to fetch water from puerilely dug unprotected wells.

The foul stench from unprotected water sources has ceased to affect her. All she relies on is being cautious of boiling her water before consumption. The abnormal practices of access to water have turned to normalcy, unlike what she may have viewed over the years.

Apart from unprotected water sources, Ndlovu has her refuge across the railway line, in the neighbouring Luveve suburb where she draws from the community borehole. Although she has to travel for close to 2 kilometers to get to Luveve, that has posed as a better alternative compared to the infamous unprotected wells. 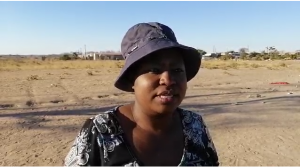 “The winding queues make it difficult to get access to water on time,” said Sandra Ndlovu, speaking on the sidelines of a Devolution Meeting that was facilitated by Women’s Institute for Leadership Development (WILD). “There are gender roles that I have to fulfill on a daily basis before making my way to the community borehole, in Luveve. In worse scenarios, there are days where I can actually spend the whole day at the borehole.”

“The water that we fetch from Luveve is mainly for household usage such as cooking and human consumption,” reiterated Ndlovu. “Water that we get from the community wells is, however, utilized for washing clothes, bathing, and cleaning dirty dishes.”

The unprotected wells are in the same stream with the community members’ blair toilets, which makes the water unsafe for consumption.

“Water from the deep wells have a foul smell and we have concluded that could have been a result of the mix up that occurs underground,” added Ndlovu. “When the situation really gets unbearable, we are left without much of a choice other than diverting this water towards human consumption.”

Only limited households in Cowdray Park suburb have access to deep wells.

Since the Bulawayo City Council (BBC) introduced water cuts, there have been areas that have recorded violent behaviours from Ward residents at community water sources such as at deep wells and boreholes.

She pleaded that Council prioritises drilling boreholes for communities such as her own, as it does not have one.

“If drilling boreholes is not a possibility, it would suffice for Council to consider re-opening community taps that are no longer functional,” added Ndlovu.

“We now live in fear of being attacked as water is availed to us at night. Leaving our homes at night is unsafe for any woman as we run a risk of being raped while on our way to the community tap.”

BCC is still implementing the Bulawayo Water and Sewerage Services Improvement Project (BWSSIP), whose objective is to improve municipal water supply and sanitation services contributing to the improvement of the health and social well being of the population of Bulawayo. One of the key components of the project is the rehabilitation of the criterion water treatment plant.