Political will and commitment by Zimbabwe’s political actors can lead to the observance of transparent and accountable taxation. These words were said by Dr Mthabisi Bhebhe, the secretary general of the Zimbabwe Hospital Doctors Association (ZHDA). 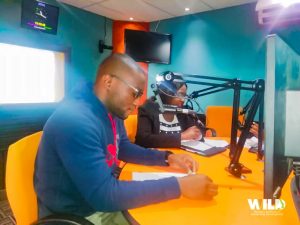 He raised these sentiments during the In Her Own Voice radio discussion that was facilitated by Women’s Institute for Leadership Development (WILD) at Skyz Metro FM.

The radio program was held under the #Women4TaxJustice Campaign where WILD is galvanizing women’s voices in taking a stand in the fight against retrogressive, unfair and illegal taxes. The program enabled panelists to deliberate on Zimbabwe’s use of revenue generated from taxation, in light of the state’s preparedness in light of COVID 19 pandemic, which was recently observed as a “national disaster”.

According to Dr Mthabisi Bhebhe: “In Zimbabwe, the Aids levy has played a significant role through increasing medication to assist people who are suffering from HIV/ AIDS.”

There is inadequate transparency and accountability of other forms of taxation in the country.

“We are not usually updated on the actual revenue that is collected from the health levy and how much is utilized towards public health care,” said Dr Mthabisi Bhebhe. “There is lack of clarity on the actual contribution of the health levy as services in a significant number of health institutions remain poor,” he added.

Thembelihle Sibanda, a local activist and politician cited that: “Access to maternal health is a challenge for women and pregnant women as hospitals demand payment to be made in full.  As a result, women are forced to give birth in their homes, which in turn leads to implications on their health and in worse cases causing infant mortality.”

The government was encouraged to review tax policies to benefit women, and promoting transparency and accountability with the aim of funding public services for women and girls.

The government was also urged to raise awareness about COVID 19, through community outreach programs to remote areas so as to intensify the preparedness of citizens to this deadly global pandemic.