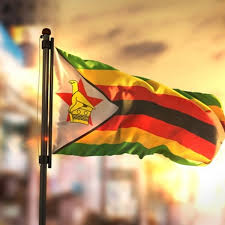 Zimbabwean authorities have since armed the police with state-of-the-art crowd control equipment to “crack down on lock down violations” although the real agenda appears to be to quash opposition demonstrations. The opposition has called for street protests on the 31st of July, 2020 given the deepening economic crisis and perceived corruption of state officials. The planned demonstrations are said to be spearheaded by the leader of Transformation Zimbabwe – Jacob Ngarivhume, who says it will no longer be ‘business as usual.’ His call is being heeded by other opposition leaders such as Nelson Chamisa of the MDC, Nkosana Moyo of the Alliance for Peoples’ Agenda, and Noah Manyika of Build Zimbabwe Alliance.

Women’s Institute for Leadership Development (WILD) has been monitoring the situation across its operational areas, inclusive of Bulawayo, Matabeleland South and Matabeleland North. Women in different communities reported heavy police presence in their various communities, with some stating that police were observed physically assaulting civilians. It was specified that members of the police service and the national army were dispersing civilians from the Central Business District (CBD) in light of the planned protests that are anticipated to take place on Friday, 31 July 2020.

Riot Police were observed chasing scores of civilians away from the Telone main branch in the Central Business District. Citizens who were queuing to pay their bills were told to go home but were, however, not provided with any explanations.

Zimbabwe Republic Police (ZRP) officers were observed rounding up vendors who had been queuing to make their bulk purchases from vegetable market retailers. They shoved them into a truck and took them to the central police station. In the truck, no social distancing was maintained.

Mpopoma: Police officers were going round cautioning citizens against entering the CBD tomorrow, although without offering a reason for not making their way there. Activists are now living in fear of being abducted. If ever police are informed that activists from the community are capable of influencing a crowd the worst can happen.

Entumbane: The situation has been calm as people spent the greater part of the day in doors. Shops were open during normal times although people are now living in fear of victimisation by soldiers or police officers. There has been heavy police presence in several places in the residential suburb.

These incidents are confirmed as they were directly observed by reliable sources.

Military Police and the Zimbabwe Republic Police have set up roadblocks on the way to the Central Business District. They are making sure that all citizens entering the CBD have a valid and stamped exemption letter. Female informal traders who have not registered their businesses are now unable to trade in the CBD as most of them do not have exemption letters.

Citizens who attempt to enter the CBD without an exemption letter are told to return back home. Since Wednesday 29 July 2020, police officers have been patrolling around town. Citizens this morning (30 July 2020) were rounded by police in front of TV Sales and Hire and were yet to be taken to the police station. However, it was not established if these were citizens without exemption letters or not.

These incidents are confirmed as they were directly observed and witnessed by several women in Gwanda.

In Kwekwe no one was allowed to get in town unless if you were wearing a uniform. Yesterday, journalists were barred from entering the CBD and in high density suburbs soldiers were observed beating civilians. The atmosphere is tense and residents are living in fear of coming across police officers or soldiers.

Since the beginning of the week police have been moving around in groups patrolling and arresting informal traders or those roaming around town. This morning, there was heavy police presence even in high density suburbs but in town it was business as usual.

Police and soldiers were patrolling around town and instructing citizens to go back home. From citizen’s perspective, people were complying and closing their shops and market places and making way to their homes.

In light of such occurrences, to prevent the spread of COVID-19, WILD urges citizens to remember to practice good hygiene through washing their hands with soap under running water or to use an alcohol based hand rub, to maintain social distancing of at least 1 metre from the nearest person and to always wear a face mask when going out.