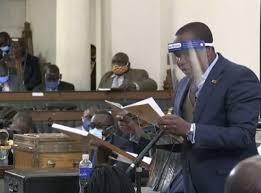 Business analysts have said the increase of the tax-free threshold is a short-term solution for women low-income earners, whose buying power is likely to be eroded in the long run due to the constantly rising inflation rates.

Bulawayo based Business Analyst, Miss Paula Viviana Phiri said, the increase in the tax-free threshold was a short-term solution that will cushion workers for a limited time as the country’s inflation rates were always on the rise.

“A basic household of five members needs about $8 000 in order to be able to survive during this period, where prices are constantly rising,” said Phiri. “For now, the increase might be perceived as the best approach to mitigate the narrowing worker’s disposable income, but in the long run, women will not cater for all their needs.”

She suggested that the government should further increase the amount to $8 000 in order to increase worker’s disposable income.

“I would suggest that the government increase the tax-free threshold to $8 000 so that women do not limit their buying, women as caregivers, have the responsibility to take care of their families and their own personal needs, so an increase here is justified,” said Phiri.

Economist, John Robertson concurred with the view that the increase in the tax-free threshold will not increase the purchasing power of workers.

Robertson said the government should have abolished the 2 percent tax on all electronic transactions.

“To improve the buying power of workers, the government should have scrapped the 2 percent tax charged on all electronic transactions,” said Robertson.

“All these other measures that were announced by the government will not alleviate the economic problems dominating the economic arena,” he added.

Miss Mellisa Mtshede told Infocus News that, as a young woman, she was failing to take care of her parents, because the cost of living in Zimbabwe is high.

“Personally, I do not think that this will make any difference, some of us get paid less than $5 000 but there is only much we can buy,” said Mtshede. “The tax will not apply to us but the prices are constantly going up whereas our incomes are stagnant.”

The government of Zimbabwe recently announced the increment of the Tax-Free Threshold to $5 000 from $2 000, in a bid to increase worker’s disposable income amid the rising inflation.

Calls are being made to the government to redollarise the economy in order to reduce income inequalities, increase workers buying power, and stabilize economic activity.