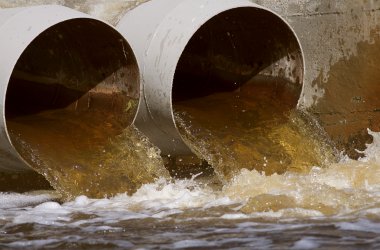 In May 2020, residents from Luveve and Mpophoma suburbs consumed water that was contaminated with sewer effluent, which killed 13 people within a period of two months. Months later, their health has not improved.

It is estimated that more than 2000 citizens were affected by the diseased water and suffered from gastrointestinal and skin disease.

In an interview recently, Bulawayo Progressive Residents Association Ward 15 Chairperson Ndaba Ngoma insisted that the local authority should conduct further medical tests to determine the magnitude of the complications as most residents have not fully recovered.

“In Luveve we still have a serious health issue. People have not healed completely. We think that if there could be a way to provide medical assistance for these people and investigate what is affecting these people’s health and find out how they can be assisted.”

“We are hearing complaints from people saying that they are experiencing indigestion. We feel that they need proper medical assistance because they have been suffering from this unknown illness for over five months now,” he said.

Fortunate Nkomo said many residents have no financial capacity to go to the hospital. She said the continued illnesses caused by the consumption of contaminated water have left many people hopeless.

“Most of us here lack financial resources to go to medical doctors and conduct re-tests. Most people here are still sick and they need medical assistance. The problem is that people do not have money to pay expensive fees at hospitals. We are no longer hopeful that we will heal at all.”

“We appeal to those that can help us with finances to do so because right now we are stranded and sick and because of that we are not able to go to work. We appeal for financial assistance to anyone who can help us get better.” She said.

Speaking with a heavy heart, another resident from the same suburb Cecilia Nsimango said her 16-year-old child is still ill and is now bearing the brunt of going to school with a painful stomach.

“My child was affected by contaminated water in May and she has not recovered. He is now going to school with a sore stomach. When he comes back to school he goes straight to bed because his stomach is still painful. This is affecting his studies because he is writing his exams but he can’t study well because he is ill,” she said.

This plea comes at a time when Bulawayo is battling with an outbreak of diarrhea due to acute water shortages which have resulted in the scheduling of a 144hour water-shedding exercise. In some areas, citizens go for at least two weeks without water.