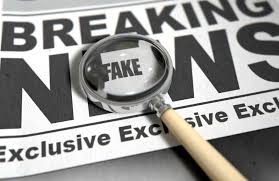 Practicing journalists have been implored to adopt a value system that will enable them to execute their work with the purpose of serving the public and those with a desire of being activists. Journalism must not be stimulated by political, economic or personal purposes, but should instill trust and confidence in the audience through the content produced.

These sentiments emerged during a virtual meeting held on Tuesday, 28 July 2020, running under the theme: “Covid 19 Corruption Expose in Zimbabwe. An Entanglement between Journalism and Activism.”

Speaking during the meeting, Media Activist and Social Entrepreneur, Michael Ndiweni said there is need for journalists to be ethical and change the value system to influence objective reportage.

One of the participants, Jasper Maposa said journalists are compromised if they openly disclose political ideologies they favor.

“On the basis of ethics or moral obligation to society, a journalist may be compromised if they openly agree to incline themselves to a political party. In as much as ethics do not criminalize what is morally good or bad, it is about the choices we make for the greater good,” he said.

Others bemoaned lack of diversity in the media arena, which they said infringed on the basic right to information for citizens, to help them make informed decisions from various sources of information.

“The public is in need of public, private and community media, because with this state capture in the media we do not hear what benefits the general public, but we hear news about the benefits enjoyed by those in power and the ruling government,” said Sibusisiwe Bhebhe, the Editing Director at Amakhosikazi Media.

Bhebhe added: “It is up to our government to offer us those three pillars of the media, the public, private and the community media so that collecting information is not a daunting task.”

Associate Professor in Media and Society Studies, Anthony Mhiripiri said it should be noted that journalists are people who come from their own societies and are bound to write their own personal perspectives in their reports. He urged journalists to be guided by professional ethics for the good of the community.

The media landscape in Zimbabwe has been marred by polarization, and calls have been made for practicing journalists to be ethical and desist from creating content that will not benefit citizens.