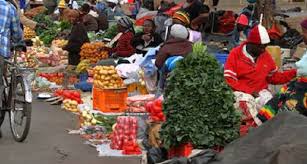 THE 6pm – 6am curfew will narrow income levels and has been viewed as a threat to livelihoods, as the government has failed to adequately cushion informal traders from the current economic difficulties.

Informal traders who spoke to Infocus News said the introduction of the curfew has cut short their trading hours, giving them fewer opportunities to sustain their livelihoods.

Madade Ndlovu an informal trader in Bulawayo said most informal traders had little or no capital at all to sustain their businesses. She said the introduction of the curfew has aggravated their economic burden.

“The curfew has had a negative impact on our businesses. Most of us had no money to start trading again as our businesses had been put on hold following the lockdown regulations. We were hoping that since the government had allowed us to trade again, we could start growing our small businesses but now these stringent measures will worsen our situation,” said Ndlovu.

Ndlovu lamented over government efforts suggesting that they were a pie in the sky, as previously promised small-business-cushioning funds had not been accessible to all informal traders.

Ndlovu said: “Since the beginning of the lockdown we have been using our savings to fend for our families plus most of us had banked on the cushion funds the government had promised us.”

“However, we have not received these monies since the day we were promised. Cooking oil is now priced at $230 ZWL, which means that even if we received the cushioning allowance it would hardly buy anything tangible.”

Ndlovu said, most informal traders do not have exemption letters that enable one to enter into the CBD.

“As informal traders we have been barred from vending in the CBD, so in terms of making profits, this has been a blow for us, because we can no longer go to our vending places to trade,” she said.

Bulawayo Vendors and Traders Association Director, Mr. Michael Ndiweni said, traders were going to lose income as they had limited hours to trade.

“The curfew means that people are going to lose income, those who have been trading up to six o’clock now have to rush and leave town. So, it has a negative effect on income levels which are drastically being reduced.”

“The fact that they have to get town after six means that they will start trading after eight that gives them six hours to trade. At three o’clock they need to go and queue for buses. So, I think that the curfew has negative effects on women’s income levels,” added Ndiweni.

Mr. Percy Mcijo, Director at Streetwise Informal Traders Association urged traders to report early in their trading sites to realize more profits. He also urged them to adhere to the new lockdown regulations in order to be on the right side of the law.

President Emmerson Mnangagwa on Tuesday last week, reviewed the lockdown regulations and introduced a dusk to dawn curfew. Stringent lockdown measures are now the new order of the day in an attempt to curb the spread of COVID-19, following a spike in cases in recent weeks.