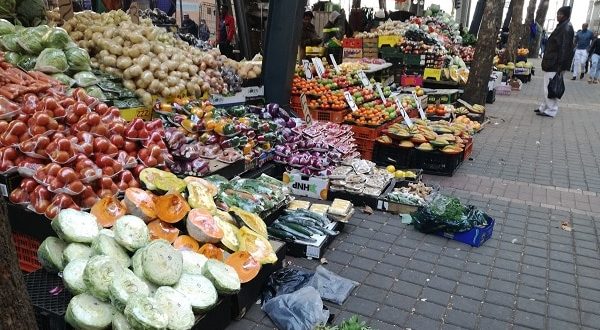 The $600 ZWL stimulus package for informal traders has been met with mixed feelings from both traders and their association representatives who are certain that the funds will not sustain their businesses let alone be enough to feed their families.

In April 2020 the government of Zimbabwe announced a $200 ZWL million package to cushion one million households whose income was affected by the shutdown of socio-economic activities at the height of the pandemic lockdown.

Pretty Ndlovu an informal trader in the city of Bulawayo stated that the funds were a paltry amount as they were only enough for one bag of mealie meal, whereas cross border traders required significant amounts of money to buy wares from neighboring countries and resell in Zimbabwe.

“We recommend the government for honoring its  promise. However, due to the high inflation rate these funds are only enough for one pack of mealie meal.”

“It is difficult that as cross border traders this amount will not be worth anything because if we want to buy foreign currency and purchase goods in South Africa or Botswana it will be impossible. We wish that the government could give us funds that are competent with market rates as this will help us to go outside the country and restock,” said Mpofu.

Madade Ndlovu shared the same feelings when she stated that the cushioning funds were not going to sustain traders and their families and appealed to the government to increase the fund and support informal traders businesses.

“These monies that the government has given us were meant to cushion us and our families during the lockdown period. They have only given us the funds now but prices are inflated and we cannot buy anything. What we need now are funds that will help us to rebuild our businesses.”

“We have exhausted all the funds that we were supposed to use to restock our goods and  we are unable to restart our businesses full scale because of lack of finances,” said Ndlovu.

The Director of the Zimbabwe Chamber of Informal Economies Malaya said the government should have employed better cushioning programs such as provision of basic commodities as the amount of money the government recently disbursed is not enough to purchase basic goods.

“As an association we think that the government should have given traders food stuffs such as mealie meal, cooking oil, sugar and other basic commodities because right now they will not be able to buy anything.”

“Criminalization of trading by the local authority has made it harder for traders to find their feet in these trying times. If they feel that this will increase the spread of the virus then they should educate traders on what to do when trading because in reality these funds will not sustain anyone especially during this time,” said Malaya.

Malaya further pleaded with the local authority to allow traders back on the streets in the CBD so that informal traders are  able to fend for their families.

Jacqueline Ndlovu a Bulawayo based informal trader however had different views as she said micro vendors could use the funds to restock goods for resell.

“Micro traders are now able to restock good for resell using the money that the government has given them. For those that sell sweets and other small merchandise, they are now able to buy 100 packets maybe to start their businesses.”

“That money can be equated to 6 US dollars maybe, that means that those who sell vegetables can even buy one box of tomatoes and they can realize profits from that. Most people saying the funds cannot sustain traders and their families but they should think about ways in which they could use the money productively,” she said.

The abrupt announcement of the lockdown gave vendors little time to organize their savings and stock up. Traders in Bulawayo have said the delays by the government to disbursed the stimulus package has aggravated their economic burden.