Yesterday, the 10th of October 2019, Women’s Institute for Leadership Development (WILD) held a feedback meeting in Gwanda town that provided a platform for residents and councilors to engage on the state of service delivery and to measure progress documented to date. 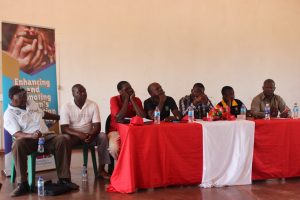 Municipality of Gwanda (MOG) Councilors during a public engagement that was facilitated by Women’s Institute for Leadership Development (WILD).

“Estimate billing was much of a burden for residents as some got to be charged fees that are beyond the reach of many,” said Zanele Nyathi, a member of the Young Women Club Movement (YWCM).

Remarkable improvement of the drainage system in Ward 7 has been noted, as trenches have been drug for the benefit of the community. 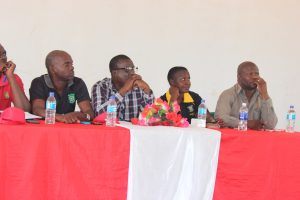 Intense deliberations that linked residents with their local residents during a recently conducted community engagement meeting.

“Our Councilor has worked flat out so we can have a rainy season that isn’t a thorn in the flesh as witnessed in the previous years,” said Sithembinkosi Gumbo, a resident from Ward 7.

Gwanda Mayor Mazhale explained that poor sewer reticulation is mainly caused by an uneven piping system as well as negligence.

“Artisanal miners and the community at large are careless in being conscious of what is disposed in their drains,” added His Worship, Mayor Jastone Mazhale. 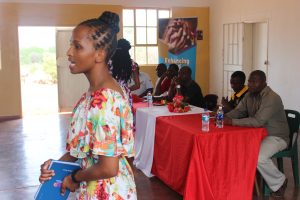 Residents requested that council action on the shortage of buses in the area as most of them can no longer afford paying for public transportation. 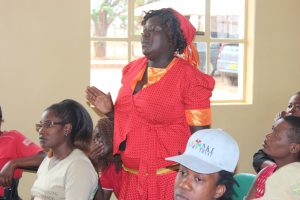 One resident making a contribution during a public meeting that was facilitated by Women’s Institute for Leadership Development (WILD).

Ward 2 Councilor Nappy Moyo assured her ward members not to lose heart amid revelations of baboons that are tormenting residents, as there are plans that are underway to mitigate the challenge.

Residents were encouraged to refrain from vandalizing property and Municipal infrastructure as it impedes the community from accessing adequate public social service delivery.