Today, the 23rd of October 2019, Women’s Institute for Leadership Development (WILD) conducted a radio program on “The reflections and feedback on the centralized system of recruiting trainee nurses.” The radio program was held at a time after hundreds of youths thronged Mpilo Hospital on Monday, for a recruitment of trainee nurses that was set to take place, as noted through a message that made rounds on social media. 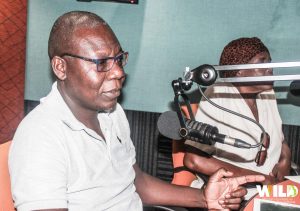 It came to light that on the 21st of October 2019, Civil Society Organisations (CSOs), Zimbabwe African People’s Union (ZAPU) and other relevant stakeholders met with the Mpilo Hospital administrator to enquire on the criteria that was used in the recent recruitment of trainee nurses.

“As a party, we found the recruitment of trainee nurses as an  illegal process because it discriminates against the prospective candidates from Matabeleland Region. It further goes against the Zimbabwean Constitution because locals are denied the ability to benefit from their resources,” said Patrick Ndlovu, a ZAPU representative.

A number of students from outside Matabeleland applied for the student nurse recruitment through an online e-registration platform.

“Most of the youths who reside in Lupane, Umzingwane District or Tsholotsho do not have access to the internet. It is quite unfair because most of them only have access to mobile network,” said Ndlovu.

“We had a meeting on Thursday with stakeholders from different organizations. We have decided to force the school of nursing to be on hold until we see justice being done for youths in Matabeleland. As a result young people in our region who are educated are now resorting to other illegal activities so that they can survive,” said Mable Ngwenya, a representative from Bulawayo Progressive Residents Association (BUPRA).

She further stressed the need for people in the region to be given first preference whenever employment opportunities arise.

“I applied for about six times but I was not recruited because they required RTG $500 as a bribe and I did not have it,” explained one listener through a contribution made via sms. “We were not informed about the online registration,” said another listener.

Ndlovu further revealed that a communique that captures the plight of the youth in the province will soon be submitted to the Minister of State and Provincial Affairs for Bulawayo Metropolitan Province, Honourable Judith Ncube, as a move towards bringing a resolution to the issue at hand.