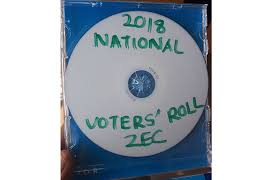 The Election Resource Centre (ERC) conducted an analysis of the voters’ roll shared by the Zimbabwe Electoral Commissions (ZEC) on 18 June 2018.  The analysis done by the ERC complements efforts of other partners in assessing the state of the voters’ rolls shared by ZEC ahead of the 30 July 2018 harmonised elections.

The analysis of the voters’ roll by ERC points to same Identity Document (ID) numbers being used to register multiple times. This should technically not be possible if ZEC conducted a deduplication process based on the Automated Finger Print Identification System.  The voters’ roll must not accept such entries which may suggest duplicate registrants, if the voters’ roll is to be accurate.

It is highly unlikely in Zimbabwe that voters can possess same full names and dates of birth with slightly different identity numbers.  In the past, such entries have been disputed as potentially representing so called “ghost voters.” While the challenge with such entries may arise from a potentially flawed civil registry, the biometric voter registration system should have been able to flag these issues out before the release of the roll.  Any potential duplicates such as the ones flagged out in all analysis done so far raise questions around the accuracy of the voters’ roll.

This has been a contested matter in previous voters’ rolls as shared in the past.  The pattern suggests some duplicity, unless otherwise clarified via the biometric voters’ roll through which facial recognition can be used to verify if these individuals are indeed different from each other. Of course, such a pattern could easily be rectified through a credible civil registry.  Given the stage we are, a credible voters’ roll should be able to flag such entries until they are clarified as being authentic. Such entries, without being verified raise questions around the accuracy of the voters’ roll.

As such all inadequacies found on the voters’ roll as shared by ZEC in June 2018 remain material until the final voters’ roll has been tested for currency, accuracy, completeness and consistency.  ZEC should therefore take remedial action to address and explain each of the noted inadequacies with the seriousness deserved.

It is acknowledged that the voters’ roll shared by ZEC for analysis was not the final roll which will be used on polling day.  This was confirmed by ZEC and the ERC takes comfort in the fact that the findings from the analyses conducted so far can be addressed before the finalization and possible publishing of the final voters’ roll.

The ERC further acknowledges that the analysis done so far have received varying interpretations in the media and among election stakeholders.  For the avoidance of doubt, the ERC insists that the state of the preliminary voters’ roll is the sole mandate of the ZEC.  Any issues found on the document in which ZEC has sole mandate to compile and maintain falls squarely on the door step of the Electoral Management Body. It is also the responsibility of ZEC to be fully accountable for any issues noted on a document that it should maintain.

Finally, in the absence of a transparent and accountable effort that timely addresses the issues raised in the analysis done by the ERC and others on the “draft” voters’ roll shared by ZEC, it would be fatal to proceed to run an election on the basis of a final voters’ roll devoid of the necessary and verified corrections on issues raised.

About the Election Resource Centre

Established in 2010, the Election Resource Centre (ERC) is a think tank and advocacy organization on electoral and democracy issues in Zimbabwe. ERC focusses on three broad objectives, namely to create a conscious and responsible citizen who participates effectively in democratic and electoral processes; influence transparency, credibility and inclusiveness in electoral processes; and provide evidence based analysis for effective civic and policy engagement initiatives on democracy and elections. ERC’s mission is to provide credible information, strategic services and deliberative platforms to improve the quality of democracy and elections in Zimbabwe.