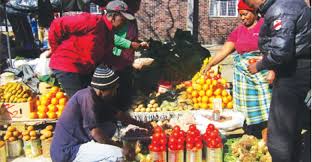 Operational challenges for women informal traders have since scaled up following the demolition of vending stalls in most parts of the country due to the Covid -19 induced lockdown restrictions, which have left many women vulnerable to harassment by law enforcement agents.

In April, Bulawayo City Council announced relocation of 604 vendors, trading the in the Central Business District, to sites near their residential areas, a move the city council argued would bring markets closer to consumers. However, several of these vendors have not yet been relocated to their new vending sites.

Media reports indicate that Bulawayo City Council is yet to complete the allocation of vending bays for vendors who were relocated from the CBD.

Women who spoke to Infocus News said they did not know where to operate from, as working in undesignated areas put them at risk of abuse by law enforcement agents.

Madade Ndlovu said most informal traders had resorted to selling their wares from their homes in order to avoid harassment in the CBD.

A trader who spoke on condition of anonymity, citing fear of being denied a trading license said the delay by the local authority to allocate vending bays is making trading unbearable.

“We are now selling our wares from our homes so as to avoid harassment and confiscation of goods. As vendors, we need facilities such as toilets, so that our health and hygiene needs are catered for. Right now, the vending bays have no ablution facilities yet in a normal situation, we should have toilets with running water for hygiene purposes,” she said.

Bulawayo Vendors and Traders Association Director, Mr. Michael Ndiweni said the delay by the City Council to allocate vending stalls for informal traders has left them stranded as they have nowhere to trade from.

“The delay by the city council has affected informal traders because now they do not even know where to work from. Today (30 July) they were being chased away by law enforcement agents,” said Ndiweni.