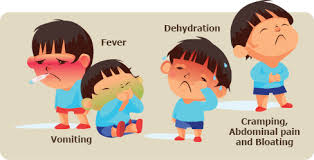 Citizens in Bulawayo have called for the government to declare the Bulawayo water crisis as a national disaster amid several diarrhoea-related deaths that have occurred in the city.

This was said by Bulawayo Progressive Resident’s Association Water Secretary Joseph Nkomazana during an edition of the In Her Own Voice radio Programme.

“The water situation in Bulawayo should be declared as a national disaster and this will increase people’s confidence in local and national government. People should sit, discuss and resolve this issue,” he said.

The radio programme was graced by the local a councillor Febbie Msipha, who encouraged residents to desist from fetching water in open wells.

“There are challenges with water and nine women have passed on. People are not well. Eight children and one grandmother have left us. Citizens should boil their water.

“Health personnel have said people can be treated for free. People should not be hesitant. The Health Department will conduct a door to door exercise to assist those who are affected. Residents should wait for at least 10 minutes before fetching water after a water-shedding regime so as to allow the water to clear the rust so waiting a bit will help clean the tap of any impurities,” said Msipha.

Msipha said the water was tested and it was found to be clean. She encouraged citizens not to eat sugarcane that is planted in burst sewer drainages.

“I have been experiencing tummy aches and vomiting. I could not eat and others have died. This is so painful. Medicine is expensive and food is very expensive too. I do not know how we will survive.

We need help to have food and mineral water because city council water is the one that is resulting in diarrhoea for people,” said Mkandla.

Mkandla said the member of parliament for Luveve Constituency Stella Ndlovu has been of great assistance as she has been offering medication and ferrying residents to Mpilo hospital and taking care of the costs they may incur and food,”

The MP has been of great help assisting us in all our needs. When we went to Mpilo hospital, our stools were taken but results never came back.

We are disappointed that Bulawayo City Council says we are untidy and our buckets have bacteria, yet the water visibly has tissue-like residue,” he said.

Mkandla said residents in Luveve would like to meet the resident minister and the mayor to share their concerns.