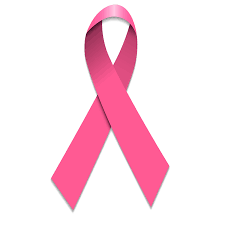 Women’s Institute for Leadership Development (WILD) in collaboration with Island Hospice and Healthcare are set to conduct two community outreach programs slated for the 30th and 31st of October on breast cancer awareness at Nkulumane Hall and Cowdray Park Roman Catholic Hall, respectively. The breast cancer awareness programs will be conducted between 1000 hrs to 1500 hrs in both suburbs.

“There are limited accessible places where people can go for breast cancer screening. This discourages women to go for testing. That is the reason why more women go to the hospitals only when they get seriously ill but it will be too late.”

“In some areas there are transport problems especially in rural areas where there are no central hospitals. Most of the women cannot afford to part with their monies to travel for cancer screening alone,” she said.

A Palliative Care Nurse at Island Hospice and Healthcare, Lindiwe Ncube said there is need to intensify awareness campaigns in order to reduce the number of people who succumb to breast cancer due to lack of knowledge.

“Seeing that the statistics for breast cancer deaths are high because people seek for medical treatment late, there is need for a change in attitudes. This is often attributed to ignorance of signs and symptoms of breast cancer and lack of skills on self-breast examination,” she said.

Ncube said she is hopeful that the awareness program will assist people to change their attitudes towards seeking health services early.

The month of October is set aside every year to raise awareness on breast cancer with the objective of reducing the number of people who are diagnosed with the disease. The campaign is being done at a time when breast cancer is now globally described as the leading cause of death for women. 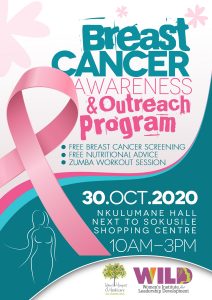 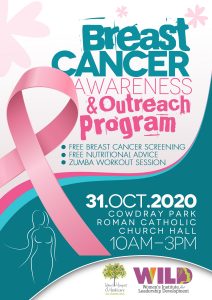