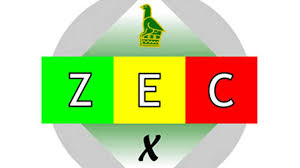 The Mobile Biometric Voter Registration Blitz Exercise that was rolled out by the Zimbabwe Electoral Commission (ZEC) on the 1st of February is set to draw to the end of phase one on Monday 28 February. The Blitz has been ongoing so that communities can be able to register to vote at locations nearest to them as the centralised District and Provincial Offices were beyond the reach of many.

The first weeks of the Blitz were coupled by low turn out of registrants at registration centres. Citizens who spoke to Infocus News cited having minimal knowledge of the Blitz.

First time voters, particularly those without National Identity cards felt the system had failed them at a time when they had to exercise their democratic right to register to vote.

As it is the rainy season, women highlighted that the BVR Blitz interrupted with their ability to carry out activities in the field. According to women interviewed, the timing for rolling out the BVR Blitz created a conflict as they had to choose between leaving their fields unattended and mobilising each other to register to vote.