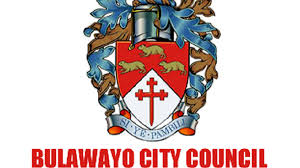 The City of Bulawayo held its 79th annual civic service on Sunday 06 November 2022, to celebrate city status after its declaration on 4th of November in 1943.

The service which was held at Celebration church, was attended by various stakeholders which included His Worship Mayor Solomon Mguni, Minister for Bulawayo Provincial Affairs Honorable Judith Ncube, Honorable Members of Parliament, Senators, organisations, council staff as well as residents.

His Worship Solomon Mguni in his opening remarks recognised forebears efforts by the council officials and stakeholders on getting the city where it is today.He highlighted on the achievements and numerous challenges they encountered during period of pandemic Covid 19, as well as the goals that are set to be achieved by city of Bulawayo.

“As the City of Bulawayo we would like to thank the Almighty Lord for the achievements we have had in the past years. Despite the harsh economic situation and the numerous challenges that we have faced as a city”, said Mayor Mguni

Mayor Mguni pointed on how the council team managed to sail through during the period of pandemic Covid -19 that setback number of projects that were meant to be done during the Covid-19 timeframe. He also highlighted how water and Sanitation was a challenge faced by city of Bulawayo as water distribution and delivery continue to be rationed, due to last year’s poor rainfall.

“With God grace we manage to pull through numerous challenges, water distribution and delivery is a challenge we face as result of poor rains,” said Mayor Mguni

These challenges were addressed by drilling of boreholes in Nyamandlovu as it has managed to ease water crisis and ongoing project of Gwayi-Shangani dam is set to address water shortages faced by the city.

City of Bulawayo has improved its sewer system as the main plant have been rehabilitated and sewer burst in Lobengula suburbs and Makokoba was addressed with renewal of sewer tanks.

Mayor Mguni further said the city is on the road to achieve its agenda of becoming a smart city by 2024 and he highlighted that informal traders should bear with them on that one, as some of the decision made by council are not conducive and they are fully aware of economic challenges prevailing in the country.

“Citizens should have an understanding on this, as some of the decision and implementation of this agenda of attaining a smart city goes against informal traders, though we are aware of the situation and economic challenges being faced in the country”, he said

He pointed out that the city has observed breast cancer awareness and encouraged residents to come together fight in one corner.

“Its high time we come together to look and harness human for cancer treatment”, said Mayor Mguni

Road networks were foreseen as a challenge that the city is currently facing as rainfall season has already started.

Everyone was encouraged to play his/her part towards the development of the city of Bulawayo and he was graced with a gift after making his remarks.