Bulawayo City Council (BCC) has indicated intention to Live Stream Budget Consultation meetings in future so as to reach a large number of residents in the Metropolitan Province. This was said during a radio program that was conducted by Women’s Institute for Leadership Development (WILD) at Skyz Metro FM, this morning.

The radio program was aimed at facilitating engagement between technocrats from the Council and the residents. The representative from the Public Relations department stated that the low participation of women and young people in their yearly budget meetings has called for reformed action. 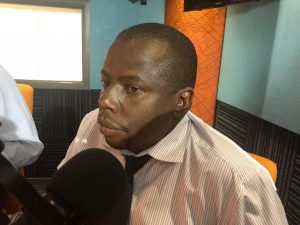 “We encourage residents to participate in the community budget consultation meetings as they are sole beneficiaries of the services that City Council offers,” said Bongiwe Ngwenya, representing the Public Relations Department at BCC. “In most of the meetings that we conduct in different Wards, there are usually few women and youths.”

She added “We have decided to innovate and bring the consultations to their homes particularly through live streaming them on Facebook. That way we are assured that residents would have a feel of the proceedings of the budget consultations.”

City Council religiously conducts budget meetings before the end of each year. A budget review precedes the budget consultations so as to highlight some of the achievements that the Council would have accomplished.

“When conducting budget consultations, we always have 10 priorities that we prefer residents to stick to,” Ngwenya added. “However, carrying out consultations with the community is to ensure that gender sensitive budgets are adhered to.”