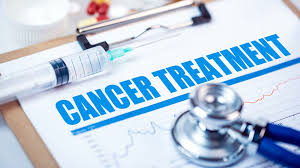 BULAWAYO – Under the care of her 18-year-old daughter who has been taking care of her for the past 11 years, Kelitha Phonela (58) of Mpopoma Suburb is battling Kaposi Sarcoma, a type of cancer that affects the bone. Phonela has not been able to walk since then.

Infocus News visited Phonela who said that she has been receiving unsatisfactory treatment in public hospitals and the pain has intensified over the years. The 58-year-old widow lives in a rented room with her 18-year-old daughter. Their only source of income being donations from neighbors and well-wishers.

Phonela said the past 11 years have been hard on them as she could not raise enough funds to seek treatment and to fend for her family.

“I have had this cancer for over 11 years. My husband died a long time ago and since then it has been me and my daughter alone (sic). We have been struggling so much because none of us is working and we have been depending on donations for food rent money and other basic needs.”

She added that she struggles to raise enough funds to buy medication as she does not have any source of income. Phonela said she uses the “little money” that she gets towards buying food and gas so that she and her daughter do not go to bed on empty stomachs.

“When I wash my wounds, bandages should be readily available so that it becomes easier to cover them upon applying medicines. I do not do this often because I often do not have bandages. I am appealing to well-wishers to kindly assist me with finances so that l can buy these materials,” added Phonela.

“I have been looking after my mother for all these years since I was 11 years old and it has been very difficult for me. I used to go to school and come back during break time to check if my mother needed anything. I would do this daily and at times would miss some of my lessons. I am currently waiting for my June “O” level results and I am not keen to see them because I think I did not do well,” she said.

Kelitha Phonela now lives with her sister who said the family needed financial resources as they commuted regularly to the hospital.

“We need money for transport to travel with my sister to the hospital, for checkup. It is distressful that at most times nurses often turn us back home saying that they have reached the number of people they attend to per day. It is an inconvenience for us because we cannot afford to go and come back without receiving any service,” said Phonela.

Phonela’s appeal is to get everyday essentials to support her needs as she has not been able to work for over 11 years. Phonela has also been struggling to pay fees for her daughter who has taken up the responsibility of nursing her mother.